1922 and 1972 were troubled years. A century and 50 years on, a Linen Hall Library exhibition running this month has shone a light on what was happening and what can be learned.

Years of Chaos and Hope has been reflecting on the conflicting identities, protests, backlash, arrests, evictions, expulsions, shootings, and bombs which contributed to the chaos of 1922 and 1972. Using material from the library’s archive, the exhibition (which is open until 31 August) explores the troubled times through which the Linen Hall Library itself, and its visitors, endured, as well as the wider community.

The exhibition opened at the beginning of August with a lecture by Dr Éamon Phoenix: 1922 & 1972: Years of Turmoil, Loss and Hope Deferred. 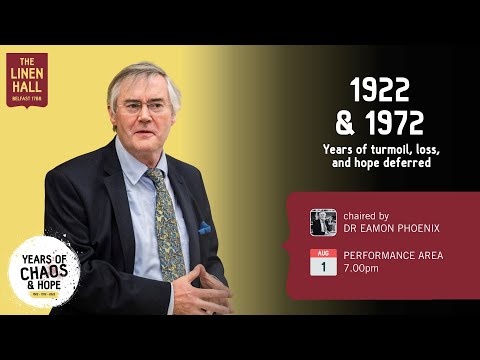