What an odd election. We know something is coming, but not sure what. Overseas journalists talk casually about Sinn Fein being on the verge of power when in fact what’s coming ought to be a levelling up of status between SF and the DUP. They’ve been in power for twenty years.

But as I look around the constituencies the rise of the middle shows that losses are going to be very hard to avoid for both Sinn Féin and the DUP (unless their platform falls apart). This may take place in a  scenario in which both lose vote share and seats. 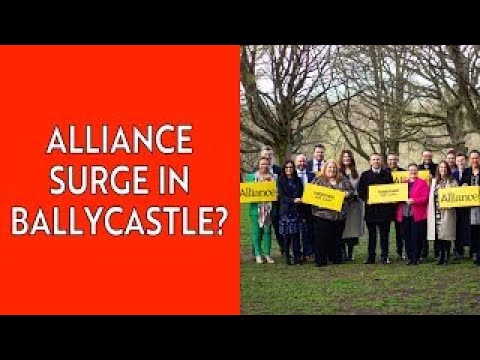 If we look at North Antrim, I see two things. One, the TUV challenge to the DUP is unlikely to yield much either for the TUV or damage the DUP footprint there, and two, the actual challenge is likely to be from Alliance’s Patricia O’Lynne.