The front page of last weekend’s Irish News featured the headline: ‘We’re so Glad to be Back’. The story documented Catholics’ return to Mass in Northern Ireland, noting that Protestant churches are scheduled to reopen on Good Friday.

The Irish News makes it clear that many Christians are thankful for the chance to gather, just in time for Easter. But at the same time, Christian worship has not ceased during lockdown: my research found that 87% of the island’s churches now offer online services. Online services extend beyond Sunday morning events to prayer meetings, bible studies, youth groups, and more. And while for some, online worship may be a pale substitute for the in-person variety, it is clear it has enabled faith communities to keep going in difficult circumstances, balancing spiritual needs with public health concerns.

Over the course of the pandemic, surveys commissioned by the Iona Institute have shown a steady engagement with online services in the Republic. Its March 2021 poll recorded the highest figure yet, with 36% of people in the Republic accessing Mass or other religious services online or on television and radio since the latest lockdown began in late December. This is up from 26% in November 2020 and 27% in May 2020. (While the latest lockdown began after Christmas, it is possible that some people interpreted this question to include watching Christmas services, with the rise to 36% reflecting this.)

In Northern Ireland, churches voluntarily closed for public worship during the post-Christmas lockdown, which spared our legislators from prohibiting it. Now, with the vaccine rollout proceeding and case numbers falling, the reopening of places of worship seems to have stirred little controversy. Most faith communities established strict social distancing protocols when buildings reopened last year, and can revert to those systems, which in some cases include booking online to attend church in-person.

Meanwhile, in the Republic, church buildings also have been closed for public worship – albeit with some confusion about ‘whether it is an offence punishable by law for a priest to celebrate public Mass’. Recently, Gardai installed three checkpoints to prevent parishioners attending Mass in Mullahoran, Co Cavan, and parish priest PJ Hughes was fined €500.

In the past week, the Irish Government has confirmed that in-person Massgoing is unlawful, and under its current schedule, church buildings are not expected to reopen for public services until May.

Throughout the pandemic, Irish churches have struck a delicate balance between endorsing Governments’ public health measures while facilitating alternative forms of worship for the faithful. By and large, churches have argued that abstaining from public worship is a temporary measure and in the interest of the common good.

This is unlike, say, the United States, where some churches have defied lockdowns and continued meeting; or even sued state governments for infringing on their religious freedom. Last week, Scotland’s Supreme Court ruled that the banning public worship ‘disproportionately interfered’ with freedom of religion. In the Republic, I  know of just one case of this nature, taken not by  churches but an individual: Catholic businessman Declan Ganley is challenging the ban on public worship in the High Court. 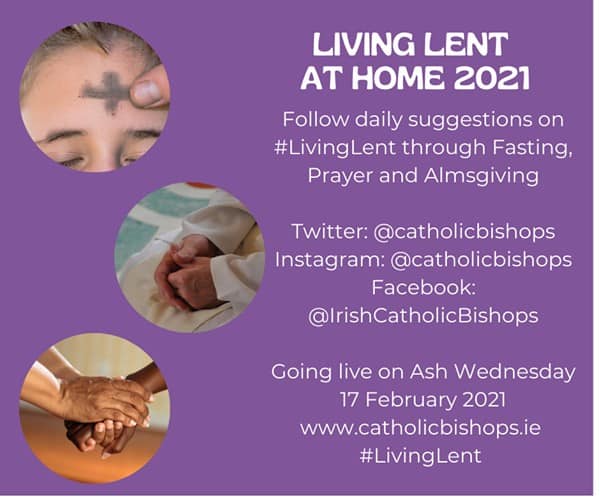 In this context, the Iona Institute’s recent poll gives us some sense of how eager people in the Republic are to return to Mass. When asked ‘should the churches be allowed to open for Easter services this year?’, 43% of regular Massgoers before Covid said yes, 39% no, and 18% don’t know. Among the population as a whole, 30% said yes, 48% no, and 22% don’t know.

It’s interesting to compare the 57% of regular Massgoers who attended in-person at Christmas with the 47% who say they would attend in-person at Easter if they had the opportunity: Massgoers seem less likely to take the risk to attend now than they were at Christmas. It is possible this increased reticence to return reflects memories of the surge in Covid cases after the Christmas holidays (which, it must be pointed out, was caused by multiple factors – I am not making a direct link between attending Mass and the surge). At the same time, an earlier poll found that 47% of regular Massgoers attended when restrictions were lifted last summer. So, it just may be that Catholics place more importance on attending Christmas rather than Easter services.

Ireland’s Catholic Archbishops have met with the Taoiseach, making the case that churches should reopen sooner rather than later, noting that ‘consideration must also be given to people’s mental, spiritual and emotional wellbeing. For people of faith, gathering for worship is fundamental to their identity and to their spiritual lives.’

To paraphrase several pastors from the Redeemed Christian Church of God in Ireland, a denomination of Nigerian origins, who I met during my research:

‘Doesn’t the Irish Government understand that churches are essential services?’

And David Quinn, head of the Iona Institute, has been keen to emphasize that the Republic’s approach to churchgoing is out-of-step with the rest of Europe:

‘Ireland is one of the very few countries in Europe currently banning public worship completely. … It is disproportionate and should be lifted in line with almost all of Europe.’

Christians, north and south, have different views on whether public worship should be permitted right now; and whether or not they would personally return to church buildings. This can been seen in the Iona Institute polls that indicate that indicate 41% of regular Massgoers in the Republic would not attend Easter services even if they were permitted (plus probably some of the 12% who didn’t know if they would go.)

But for now, it is interesting to ask what the divergent approaches to permitting public worship tell us about differences in relationships between religion and the state, north and south.

Gladys is a Professor of Sociology at Queen’s University Belfast and a member of the Royal Irish Academy.

She is also a runner who has represented Ireland and Northern Ireland. She blogs on religion and politics at gladysganiel.com