Yesterday I sat down with Fianna Fail TD, Jim O’Callaghan to discuss the new Shared Island Unit announced by the Irish government, Irish Unity, the relationship with the SDLP and the performance of the government during the pandemic. 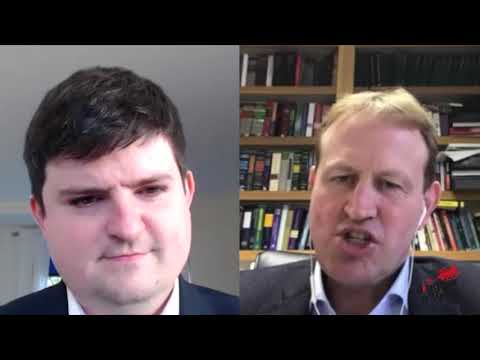 O’Callaghan takes a more forward line on the issues of unification and a border poll than many other TDs. In the interview he was up front in his view that not just the conversation around a border poll is happening but that the day will come when a vote his held on the constitutional future of Northern Ireland. Part of his pitch here is to focus on planning for a vote, rather than setting a date. He didn’t take up my questions about naming a date, but instead using Peter Robinsons recent words spoke more about the need for pro unity forces to plan. Here he also noted was a role for the SDLP-Fianna Fail partnership with an idea for the two to have a joint platform on a new constitution for the island and going further he wants to see a deeper relationship between the two parties in the future.

Those angling for a more declarative view on the potential of a poll will take some heart from O’Callaghan’s comments, particularly his comments about the role that Fianna Fail as a party should play in this process. Whether this call comes to anything substantive is another matter, but the conversation is continuing and gaining pace. O’Callaghan is right to point out that whilst all of us on this island have a say in the final destination, we are not entirely in control of the circumstance in which a vote could be called.

David McCann holds a PhD in North-South relations from University of Ulster. You can follow him on twitter @dmcbfs