Last night, the very room in The MAC which hosted the launch of NI21 six years ago to the day, was the venue for a panel discussion on Brexit, Borders and Beyond: Marxism as a Guide in Turbulent Times. 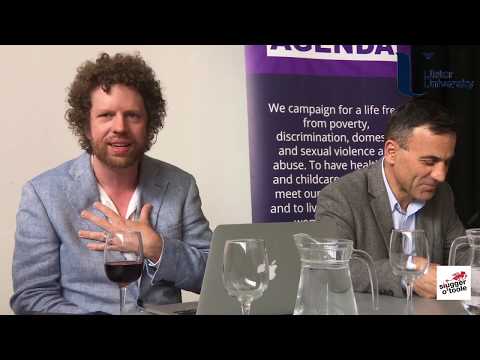 Panellists delivered 20-minute talks followed by a time of Q&A.

UU’s Professor Kristian Lasslett from the School of Applied Social and Policy Sciences chaired the event and opened the session with his own reflection on his adolescent discovery of Marx.